Here we would like to honour some of our beloved horses that have sadly passed on.

A mare with great promise that was lost too soon. There are no words to describe our great sadness at her kiss, 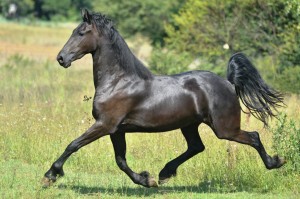 Neenke fan Bokkum was one of the best breeding mares ever at Doorndraai Friesian Stud. Her loss has left a massive gaping hole at our stables. We are however incredibly happy that her filly, crown mare, Karien van Doorndraai will now be standing in the stable she called home for over 10 years. RIP Neenke. 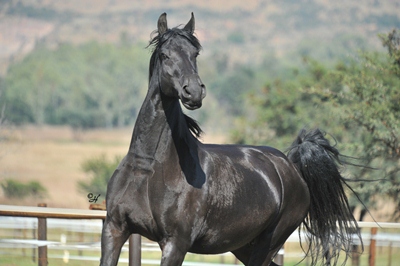 Rita became only the second ever South African bred preferent mare in February 2015 when two of her offspring became star at the 2015 Inspections.  It was a great loss losing this mare to colic early in 2016 as she was one of the corner stone mares at Doorndraai.  She was also Marlises riding horse and gave us many stunning young colts and fillies over the years. 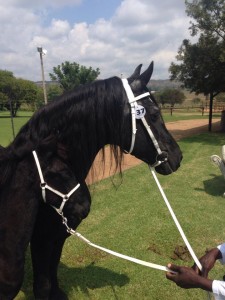 Goliath has won Champion and Reserve Champion Gelding at Rand show 3 times. He loved the carriage and was lovely to ride but he retired in 2000 and has now taken over the role of babysitting and helping to wean the young foals.at will not easily be filled. Goliath spent the past fourteen years living the good live after his retirement and was a well known figure here at the stud.  To me twenty eight year old Goliath was worth his weight in gold and he will be missed by all who was lucky enough to have known him.

He has reared more foals than most of the mares at Doorndraai and has taught good manners to a few youngsters that needed a bit of discipline.  He was one of our first Friesians and is a sterling example and representative of everything that makes this breed so popular.  Rest in peace gentle giant and we will love you always!

Hilda was one of Doorndraai’s first mares. Shewas a cornerstone for the Stud in its early years and provided uswith quite a few good foals. At the ripe age of 24 she lost the sparkle in her eye and the difficult decision was taken to put her to sleep. We have named one of our fillies of the 2010 seasonafter her, Hilda van Doorndraai (D: Tiffinie van Doorndraai, S:Tjalf 443 ‘Sport’).

After Loret became the first South African bred mare to achieve Preferent status, it became clear that we lost this amazing mare way toosoon. After nursing her at home for almost two weeks she died from complications of West Nile virus. Yster van Doorndraai also achieved star status in 2011 and we have another young stallion, Bakkies van Doorndraai, with great promise to be presented at the 2012 inspection. We were lucky to have such a stunning mare with us even though it was only for a little while.

Dana Yvette crept into everybody’s heart as a stallion with a friendly and happy personality. After he became the Champion Imported Stallion with a Breeding permission at the 2007 FPSSA National Show we had great hopes for him that were sadly cut short when he got billary and died the same day he became sick. Pictures of him were used years after his death in the prestigious Gabrielle Boiselle calendar. Two of offspring Zoe of Millford and AnnaMart van Doorndraai also became Star at the 2011 Inspection.