April was a very busy month for Doorndraai Friesian Stud with the FPSSA National Show, 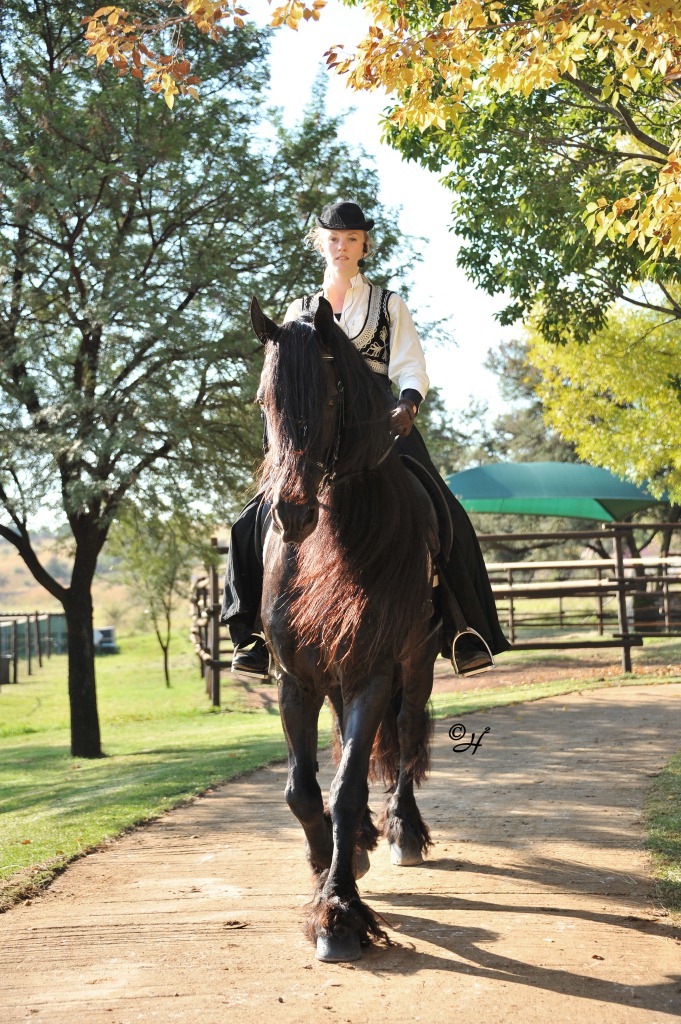 annual Inspection and Doorndraai Open day all happening within a few days of one another.  With over forty horses up for inspection it was indeed a busy few weeks for us.  After the success of the 2011 inspection where we invited the public to join us for the day we decided to host an official open day with our inspection where Friesian lovers and breeders could learn more about the inspection and judging process.

Over one hundred people came through our gates on the day and the highlight was the lunchtime performance by Jolanda Schreuder riding Friso fan S. and Mintsje De Boer riding Tjalf 443 ‘Sport’ doing a Musical Kurr. 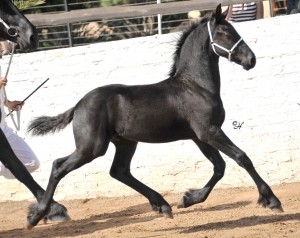 The other highlight was when Nynke Bosma showed Teuns B. in the single harness which was special as he was only put in front of the carriage days before.  It was again a successful inspection for Doorndraai with another locally bred mare Alma van Doorndraai (D: Katinka van Doorndraai Bb1 Stb Ster, S: Ritse 322) becoming Voorlopig Kroon.  It was however not the only highlight as another two mares (Corrie van Smitsvlei and Delilah of Millford) became star on the day.  The stallions also did well with Bart van Doorndraai Vb and Wynand van 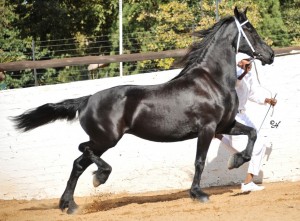 Doorndraai Bb1 (both D: Mona Lisa van Doorndraai Bb1 Stb Ster, S: Ritse 322) both becoming Star on the day.  The bulk of the inspection was however spent judging over 20 foals where the majority got 2nd premies with Maximus van Doorndraai (D: Neenke van Bokkum, S: Tjalf 443 ‘Sport’) receiving an outstanding 1st premie.  It was the last inspection to be conducted by Jan Hendriks who is a great friend of South Africa and Doorndraai and as a special goodbye Mintsje sang one of Jan’s favorite songs ‘De La Rey’ on Friso fan S.  Mintsje had many people, including myself, close to tears with her rendition of this special Afrikaans song.  We hope to host an even bigger and better event in 2013 so watch this space.

The FPSSA National show which was held at GHS was as always a great event  where Doorndraai walked away with the Junior Champion a second year in a row when Ivory van Doorndraai 1st Premie (D: Mona Lisa van Doorndraai Bb1 Ster, S: Tjalf 443 ‘Sport’) beat some stiff competition to win this title.  Her brother Bart van Doorndraai won the title in Parys a year before and with both him and Wynand becoming star in 2012 it shows the exceptional quality offspring produced by Mona Lisa van Doorndraai. Ivory was however not the only champion on the day!

Doorndraai would like to say a special thank you to Jolanda Schreuder, Mintsje De Boer and Nynke Bosma who helped to make the 2012 Inspection, Open Day and show a huge success and an unforgettable few days! 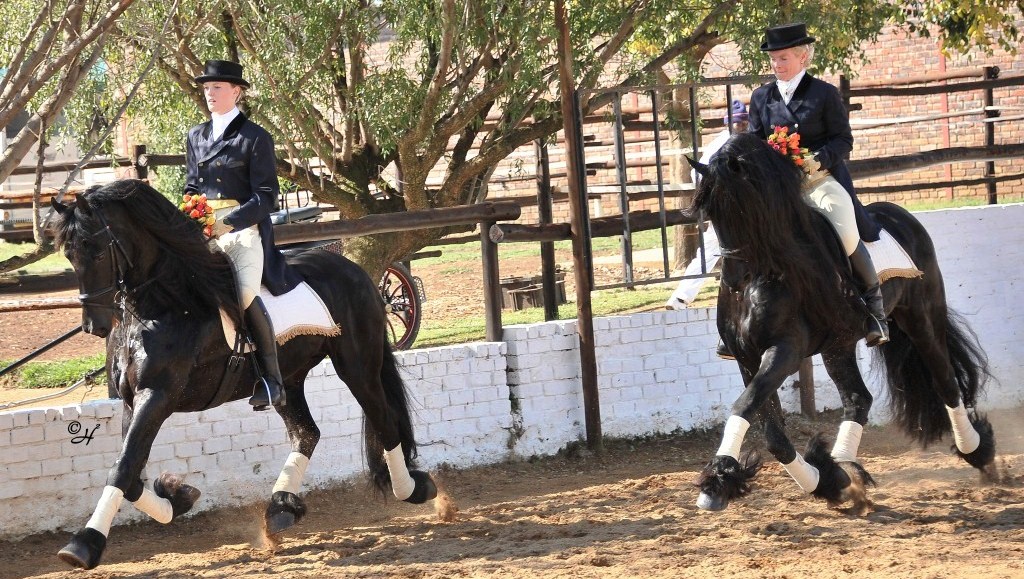