KFPS Education Week at the KFPS

When Marlise told me a few months ago that she wanted me to go to the KFPS to attend their Education week I knew it was the most wonderful opportunity for me to learn about this breed and industry I have come to love over the past three years since my involvement became more serious at Doorndraai Friesian Stud.  I did however not realise how much I would really learn and how valuable the week would be in the end.  It was the best week and has changed my outlook on the FPS Judging process and the breed for the better. 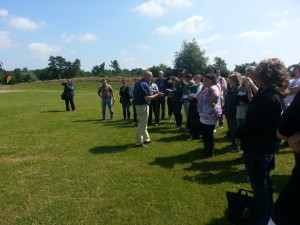 The first day was spent at the KFPS office and all about theory and Will Tijsen took us through all the information on conformation, registration information and also some history of the Friesian breed, it’s origin and how it has changed over the years.  Beginners and more advanced course members could all take something away from this informative day.  The day ended with a boat trip on the ‘Wadden Sea’ where people could get to know each other while having a great meal and a glass of wine (or two. ) It was great to see familiar faces like Louise Hompe and Jan Hendriks and meeting the engine of the KFPS Machine Annett Wouda.  We were also lucky to see some ‘see honde’ and for us South Africans the sun setting at 23h00 rather than 18h00 back home was an absolute treat. 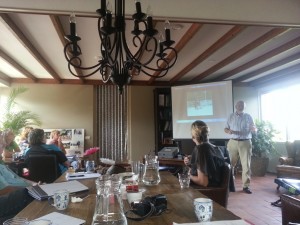 The next day we were again under the guidance of Will Tijsen where we continued from day one on learning to judge a Friesian and was lucky enough to go to Stal Sibma in Heerenveen where Piet Sibma and his wife hosted us at their stunning stable where over 80 horses are being trained for competition and judging.  We were lucky to have the stunning Kroon mare Tilly van Panhuys as a subject and spent the day practicing our judging skills.   I was interviewed by a journalist from the Leeuwarder Post and was very proud to talk to her about my involvement and association with Doorndraai Friesian Stud, the third best breeding stud in the world  for 2012.  The evening we had a very informative clinic with Sybren Minkema about show trotting and it highlighted the important and unique characteristics a Friesian need to be a champion Show Trotter.

As the week went on we practiced the judging process with Bauke De Boer as our instructor on the third day.  It was a privilege to have such an iconic breeder and judge to guide us through the process of inspecting foals, young horses, mares and stallions.  What made the day even more special was that it was hosted at the stable where Ritse 322 was bred, De Schoone Weide in Ansen.  We saw photo’s of his sire Oege and the resemblance was incredible and gave me a lump in my throat.  Even though the weather was warm according to European standards it was perfect warm weather for us South Africans.  The day was ended by a small judging competition that again emphasized the difficult job judges and inspectors have and don’t always get enough credit for. 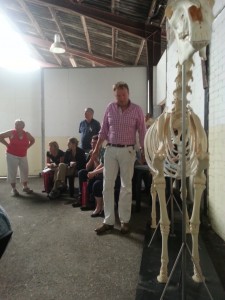 The fourth day was by far my favourite and involved spending the day at the Wolvega clinic where seven specialist veterinarians work only with horses and also run a research project on defects seen in Friesians under the leadership of veterinarians Marco de Bruyn and Dr W Haytema.  What struck me was that veterinary problems that plague us in South Africa does not seem to be such a big problem in the Netherlands and visa versa.  African Horse Sickness is obviously our primary enemy but with many colic cases and especially enteritis presenting itself in the past few months it was very interesting that in the Netherlands they see very few, if any cases of enteritis in their Friesians.  It is debatable if this has something to do with the feed and grass available in the Netherlands.  It was obvious to me that the quality of grass was far superior and the Pavo food fed to the majority of horses is also a better option for feeding but unfortunately unavailable in South Africa.  What was however very interesting was the prevalence of retained placentas and the need for caesarean section.  An average of 50% of mares in the Netherlands present with retained placentas and only 4 out of 22 of our mares at Doorndraai had this serious condition during the 2012/2013 season.  According to my knowledge there has also not been any cases of caesarean section in the past few years in South Africa which indicates fewer malformed foals are born in SA.  I think this is a good reflection of the seriousness South African breeders have when approaching breeding plans and staying true to the KFPS values and rules.  With only a 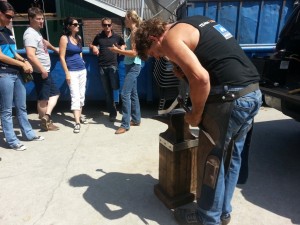 few stallions available to use in South Africa this seems to be a very positive situation!  I also very much enjoyed the talk about ruptured aortas and how it is possible that many cases that are difficult to explain can be attributed to this as the only way to determine this as cause of death is by a necropsy.  Leg problems were also discussed and we ended the day with Dauwe Dokter who has been a farrier for over thirty years.

The last day was spent at Stal Bommelsteijn in Joure where we learnt more about judging and understanding IBOP  tests and why they are important in determining your Friesians sporting talent and potential.  During the lunch time break we saw approved stallion Tymon 456 in the long lines as well as some other performances after which we wrote a test to see how much we learnt during the week and the feedback was extremely positive.  Everybody involved agreed that this course is a must for all breeders, competitors and there were even people attending the course to ensure they make the right decision when they buy their first Friesian.  Ids Hellinga ended the week with a talk about the Friesian breed and the way forward that emphasized again how important it is to put thought into your studs breeding plan if the breed is to be improved and strengthened. 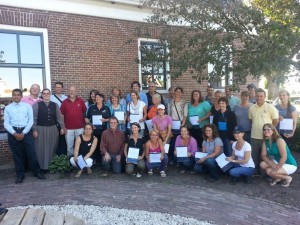 There were many other clinics during the week such as grooming, dressage hosted by legendary olypic rider Peter Spahn, Vertility and much more so there was something for everybody!  It is clear that the popularity of this versatile and gentle breed is booming all over the world and it was important for me to learn as much as I could to take back to South Africa with me.  A well planned week ensured I would come home bursting at the seams with my newly acquired knowledge and I also made new friends and contacts all over the world.    At the KFPS I caught a glimpse of the Global Friesian community and their commitment to ensuring the Friesian Horses future and can recommend attending this special five days to anybody and everybody.  A big thank you has to go to all the studs and people involved who so warmly received us over the five days and made the week fly by all too quickly.  A special thank you also to Annet Wouda who ensured the week ran like a well-oiled machine! We all can’t wait for Part 2 next year and we already want to book our places now! See you in 2014.