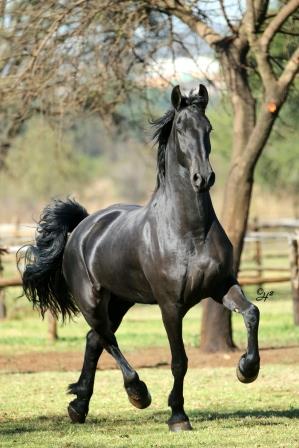 This exciting mare became Crown at the 2015 October inspection and is showing a lot of Dressage Potential. Karien had her first foal at the end of 2018 to Dries 421 ‘Sport’ and we are very excited about this combination.  For hope to flush some embryos from her for the 2020/2021 season.