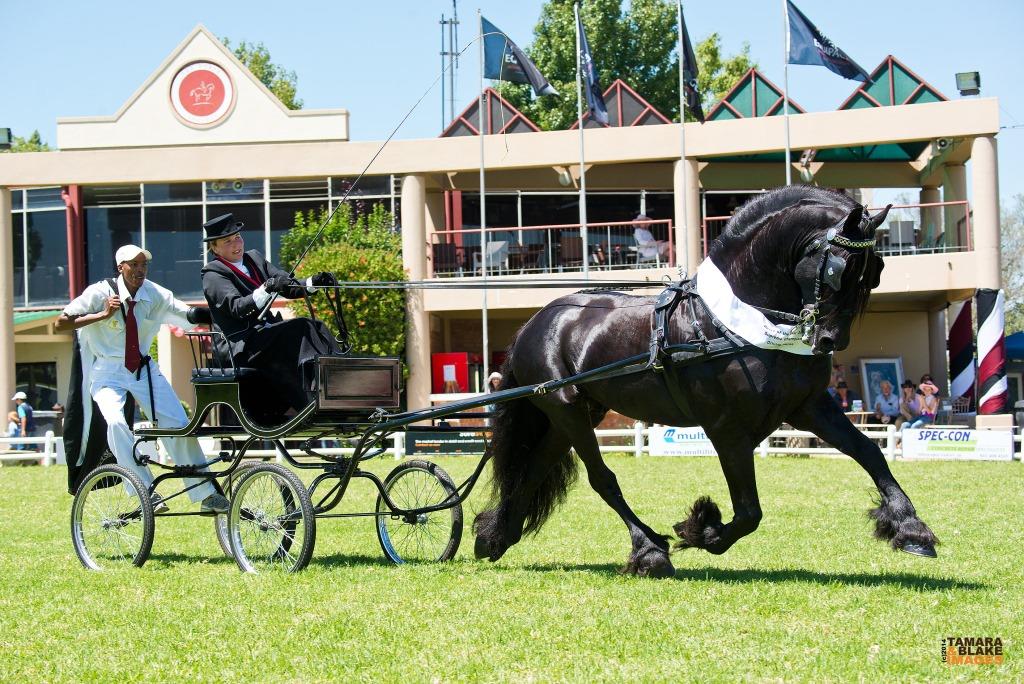 The Horse of the Year Show is held each year in February and different breeds square up against each other at the end of the busy week of showing, to crown the Supreme Champions in different fields such as Under Saddle, Single Harness, In-Hand etc.  The FPSSA have been the organiser of the Friesian classes for a number of years and the best breeding stock and sport horses enter for this yearly event. 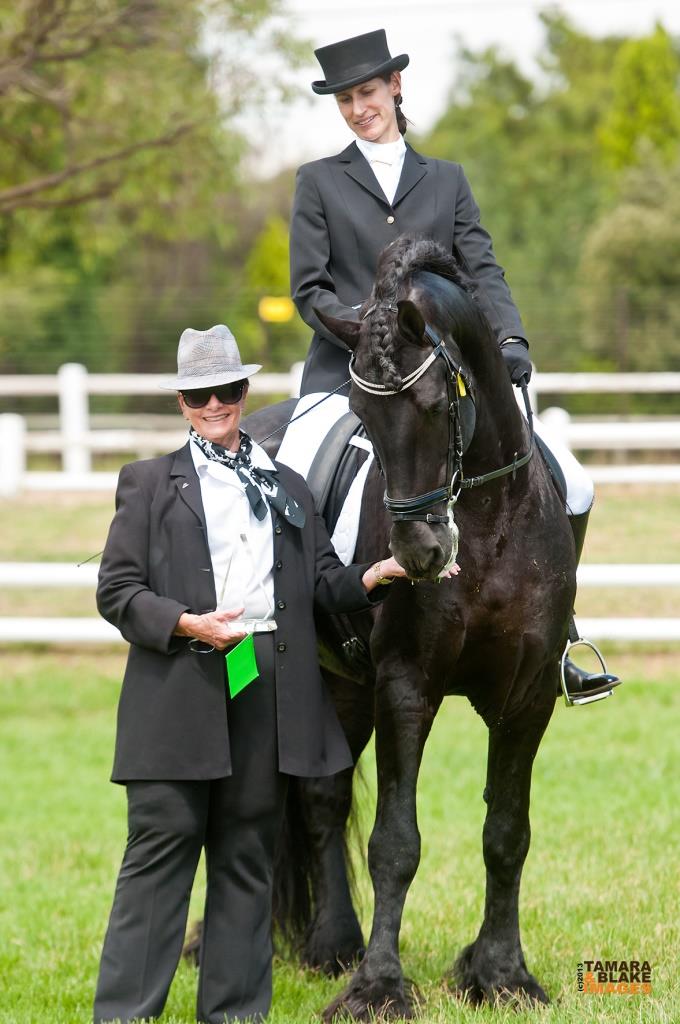 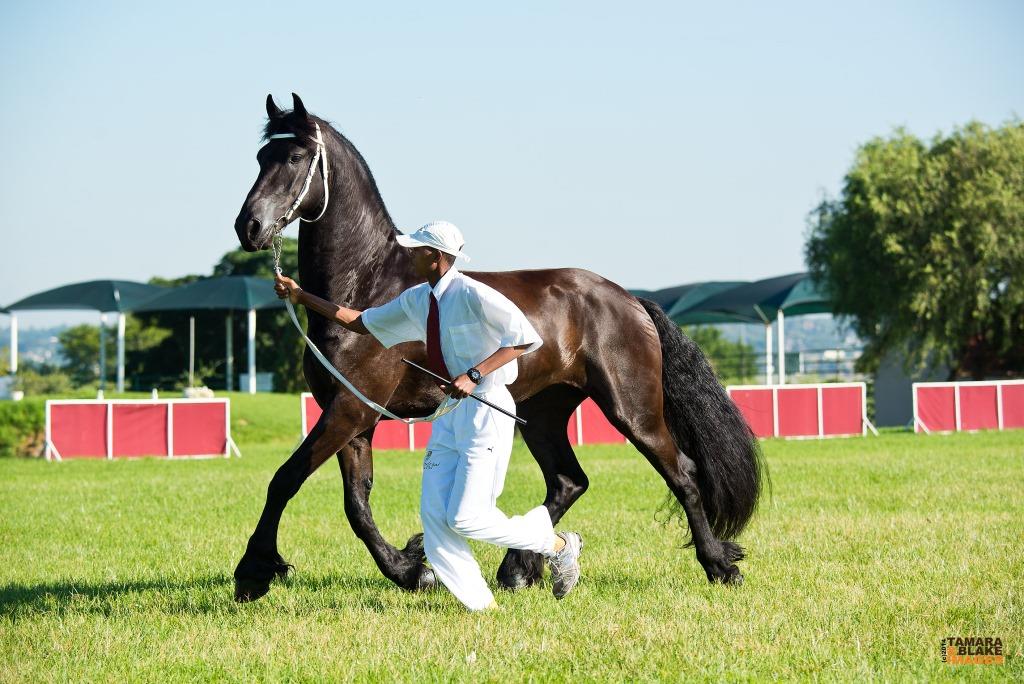 (At van Doorndraai during Supreme Championships)

There are of course a few people that made these outstanding results possible and we would like to say a special thank you to Tumi who has won the best runner for two shows in a row (FPSSA National Show 2013) who with his soft handling, passion for showing and legs that seem to never grow tired is a very important part of the showing team.  Nynke Bosma and Alida Copeland De Jager who manage the training @Doorndraai also have to receive a special mention for their tireless work the past few months that led to the good results at the show.  We were also privileged to have accomplished rider Evelien Duin at the stud for two weeks prior to the show helping with preparation and training. 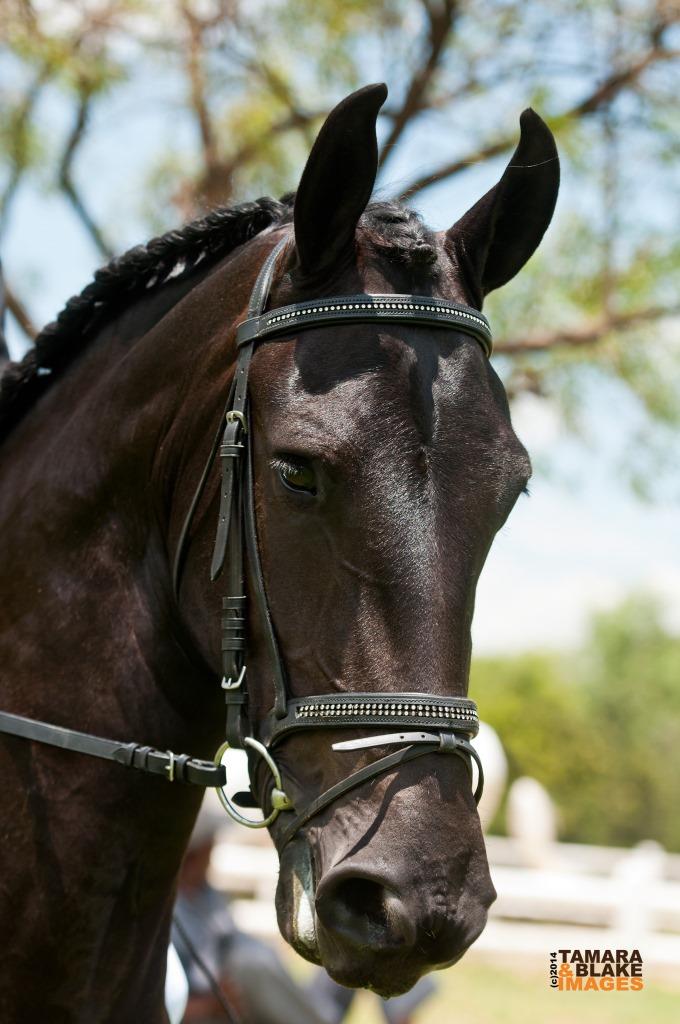 Then we would also of course like to thank the FPSSA for the organising of the show and all the sponsors for the wonderful prizes.  Equipage was the title sponsor for the 2014 Horse of the Year and has to receive a big thank you for their involvement in this event.  Judge Sue Carter stood in for the KFPS judges during the Friesian classes and ring master Carol Ann Paterson ensured with great success that the FPSSA show rules were applied.

The 2014 Equipage Horse of the Year show was a greater than usual success for Doorndraai Friesian Stud and showed again that being the runner up on the KFPS Worldwide Top 50 Friesian Breeder of the Year list was a worthy title.   Doorndraai is the only Friesian Stud ever to have qualified for three Supreme Championship classes on the Sunday and then further went on to win one Supreme Championship and place in the ‘Top 5’ in the other two.  They are also the only stud to have had two different horses become Supreme Champion in a single discipline. (Tjalf 443 ‘Sport’ was the Supreme Single Harness Champion in 2012 and Friso fan S in 2014)

FULL 2014 HORSE OF THE YEAR RESULTS

1ST Stallions over 3 but under 5

2nd Friesian Mares over 3 but under 5 years