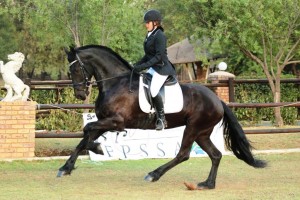 Every year the FPSSA National Show is a platform for breeders to showcase their best breeding stock and sport horses alike.  Months of hard work accumulate in an event where the best Friesian Horses come together over four days to compete for five Supreme Titles namely Supreme Dressage, Supreme Under Saddle, Supreme Single Harness, Supreme Junior In-Hand as well as Supreme Senior In-Hand.  The 2014 National Show was well supported with studs as far as Upington, Pietermaritzburg and Ottosdal making the long journey to Gauteng including Weltevrede, Adelprag, Benmar Black, Ikahan Quastidor, Pela Graca, Henson Friesian Stud, Millford, Quantum, Selco, Danina and Ronguerite to name a few.

The show was also again used as an opportunity to raise funds for the Highveld Horsecare Unit.  There were many highlights including two of the best Studbook stallions in the world shown in the long lines namely Tjalf 443 ‘Sport’ (owned by Doorndraai Friesian Stud) as well as Dries 421 ‘Sport’ (Owned by Pela Graca Friesian Stud).  The biggest highlight of the show was however when Chere Burger from Adelprag Friesian Stud showed why she made her way to the World Equestrian Games to represent South Africa on a Friesian which was a great achievement as it was the first Friesian to take part at WEG in dressage ever.  Her display with Arjen ‘Sport’ showed why Adelprag Friesian Stud is the best Friesian Sporting stable in the South Africa as they walked away with both the Supreme Dressage (Wium van Huyssteen on Menno) as well as Supreme Under Saddle championships (Wium van Huyssteen on Menno). 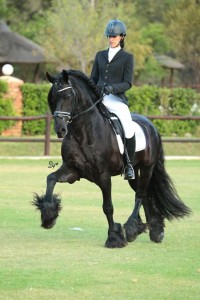 Weltevrede Friesian Stud owned by Lourens van Rensburg showed the hard work that was put into the stud during the past year when they took the title of Supreme Champion Single Harness.  With a number of previous champions absent in this class the competition was open and as the judges put it Weltevrede stood out head above shoulders from the rest of the competition with their young stallion Auke V taking the title. 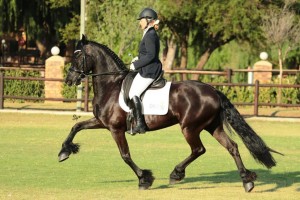 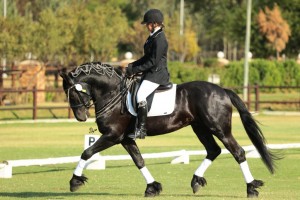 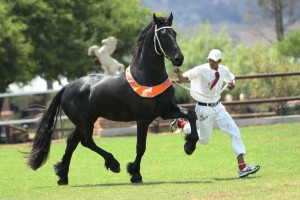 see the best of the best in South Africa and with the great number of locally bred Champions South Africa is becoming a force to be reconed with in the global Friesian Community.

A special thank you has to go to Nynke Bosma that has formed a very big part of the Doorndraai training plan.  Unfortunately Nynke had to leave us shortly before the show to tend to a very serious knee injury.  The whole Doorndraai team would like to thank Nynke for her tireless input and enthusiasm! We wish you all the best with your recovery and rehabilitation with your knee and hope to have you back in SA sooner rather than later!