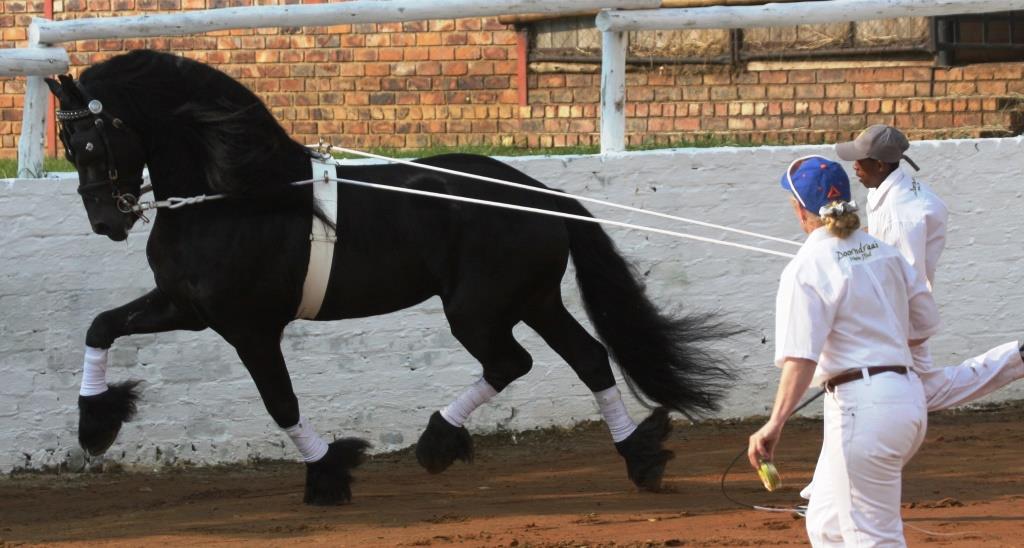 This year the Doorndraai Inspection was again bigger than the year before and a total of 35 horses were presented over two days for IBOP, Star inspection, Foal Judging, Kroon, Model and renewal of Breeding permission.  In 2012 and 2013 the Doorndraai Open Day was held in conjunction with the inspection but with so many horses to be presented it was decided to schedule the Open Day for later in 2014. 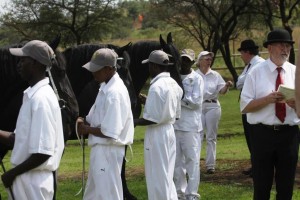 calendar and finishing in the top three of the KFPS Breeder of the year list for two consecutive years (2012 and 2013) has intensified the focus on this annual event.

The IBOP tests ridden on Friday morning by Jolanda Schreuder and Alida Copeland De Jager went extremely well with a few horses standing out! and finishing in the top three of the KFPS Breeder of the year list for two consecutive years (2012 and 2013) has intensified the focus on this annual event.

The months leading up to the inspection was spent working very hard with all the horses to be inspected and was dealt a blow when head trainer Nynke Bosma injured her knee very badly and was side-lined for the remainder of the time we had to prepare.  Most of the hard work and preparation had luckily been done and with Jolanda arriving a few weeks before the important day we were positive for good results. 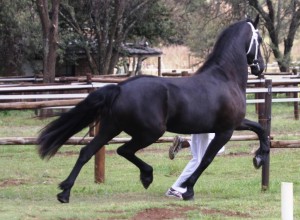 With both Hiske (photo left) and Hilkje achieving above 77 points for their riden IBOP test a first premie the following day would result in them being considered for the very prestigious Kroon status.  This was not the only highlight of the Friday as the Gelding inspection still had to take place.

As the day was drawing to a close Friso fan S. (photo top) and Tjalf 443 ‘Sport’ were shown in the long lines.  Stallions with KFPS Breeding Permissions have to be presented to the judges every year even if they have been approved on offspring and when Stallions reach the age of 13 they can be shown in hand or in long lines.

Saturday was to be a full day starting with inspection of the two mares that achieved above 77 points for their IBOP Hiske fan Bokkum (82.5) and Hilkje van de Visscherwei (80) to see if they qualified for Kroon followed by the three year olds, rejudging for Star, Model, the mares with foals and finally the second round for the mares that qualified for Kroon by receiving a first premie earlier in the day.

The two mares that were up first, Hiske and Hilkje, did not disappoint as they both received first premie stars which meant they had to come back at the end of the day for the second round of judging before the ‘kroon’ status is formally awarded.

The three year olds followed and also did well with good results across the board. 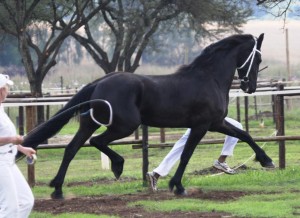 Karien van Doorndraai (Tjalf 443 ‘Sport’ x ) 1st Premie Star, this also meant that she would come back at the end of the day to be considered for ‘Voorlopig Kroon’ as she had not done a IBOP test yet.  It was however noted that despite her first premie she was not old enough yet for ‘Voorlopige Kroon’ status.

Before the tea break Pandora van Doorndraai was presented for Model and she retained first premie but we were advised to rather present her when she did not have a foal at foot if we were to show her again for Model.  She was also invited back to join Hiske, Hilkje and Karien for the second round of judging later in the day.

My personal highlight was again seeing our big group of foals shown with their mothers. 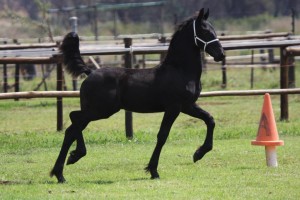 The only exception was little Quinn van Doorndraai who came in with his 28 year old ‘foster father’ Goliath who has raised almost as many foals as a few of our mares, if not more!  His mother Tjitke B. died in December 2013 when he was only two months old and Goliath has done a great job as adoptive ‘mom’ and Quinn received a third premie.

The second round of judging for the 1st premie star mares ended the day with both Hiske and Hilkje being awarded ‘Kroon’ Status.  Karien will again be presented in 2015. 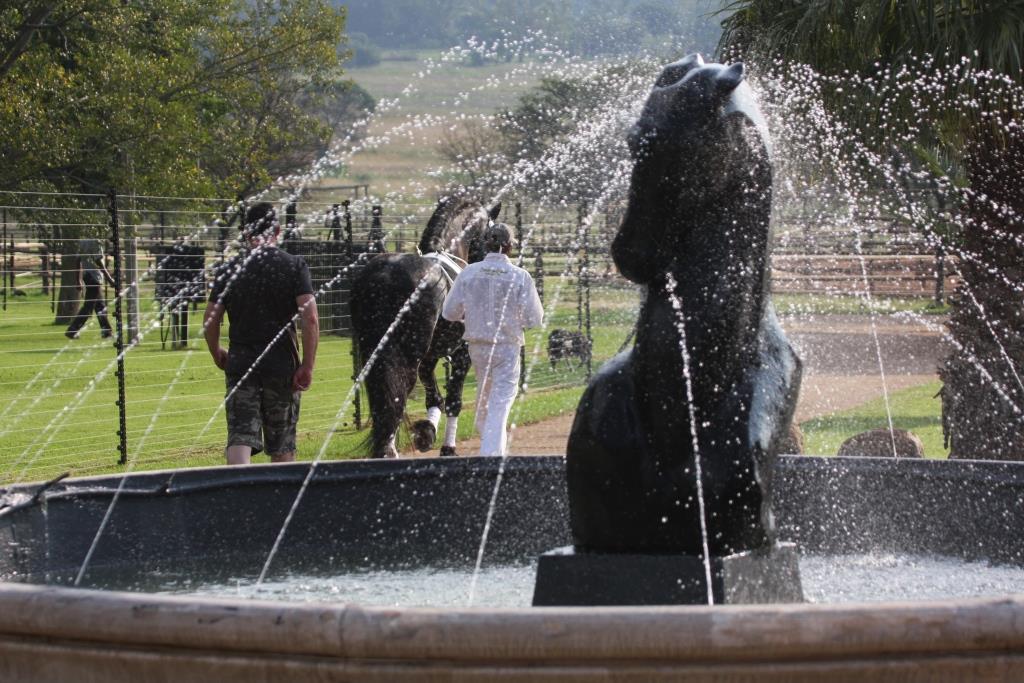 During the March 2014 inspection there were a total of 13 stars awarded all over South Africa of which eight belonged to Doorndraai.  To make this statistic even more impressive four of those eight were 1st premie Stars!  Together with the two foals that received 1st premies the total comes to six 1st premies! A truly great accomplishment!  With another inspection behind us we look forward to focussing on other big goals for 2014 which includes the FPSSA National Show and competing in more dressage shows with Friso fan S. working towards ‘Sport’ status for this wonderful stallion.  Watch this space for info on upcoming events where you can see our Friesians take part!